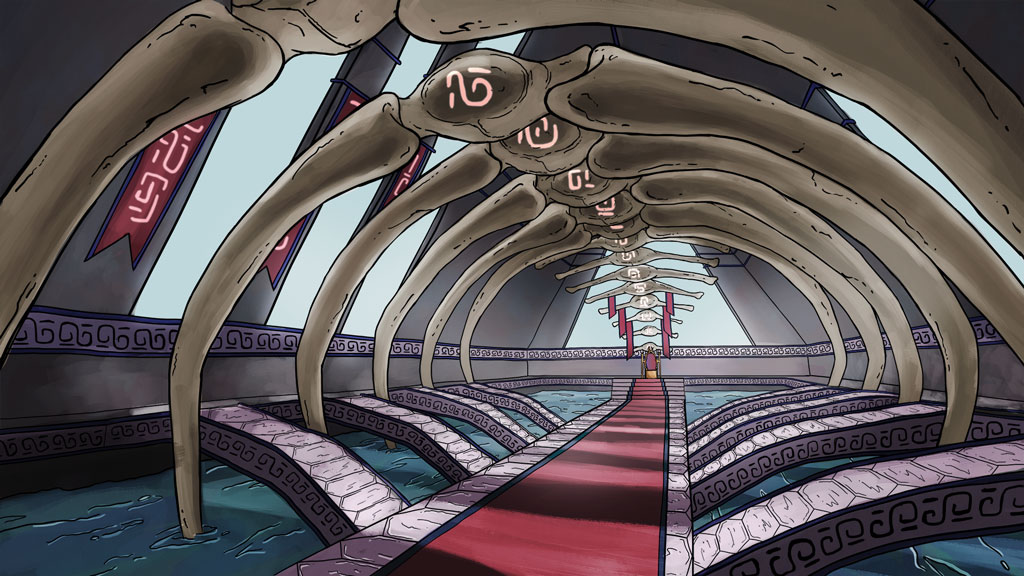 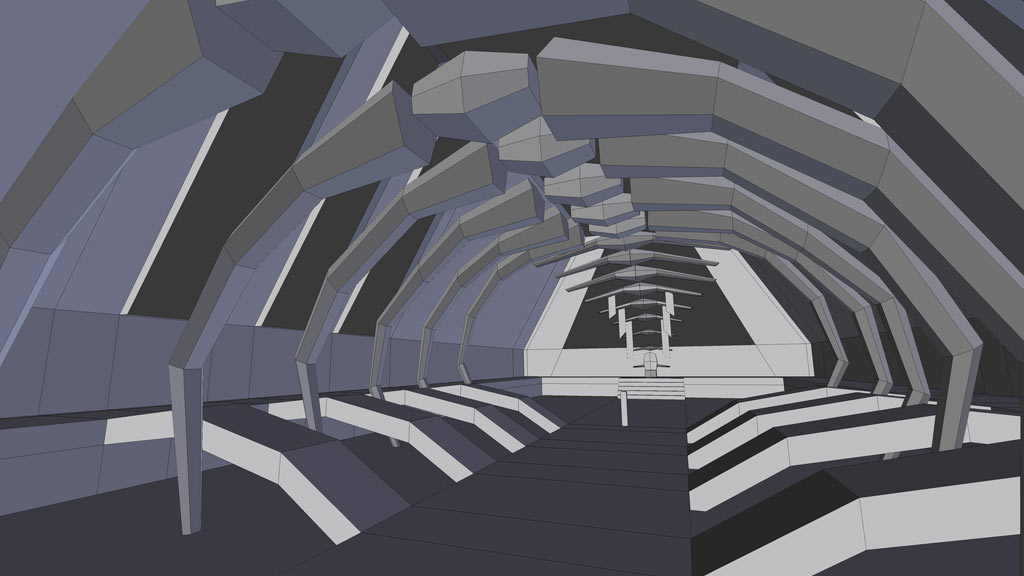 
This project was created for a 3D Modelling class, where the goal was to quickly but effectively communicate a concept for an environment, with as little objects as possible. Then, we took a screenshot of the "block-out" and brought it to life with a paintover in Photoshop. I had the idea of a ancient giant whale's ribcage as the main feature of the environment.